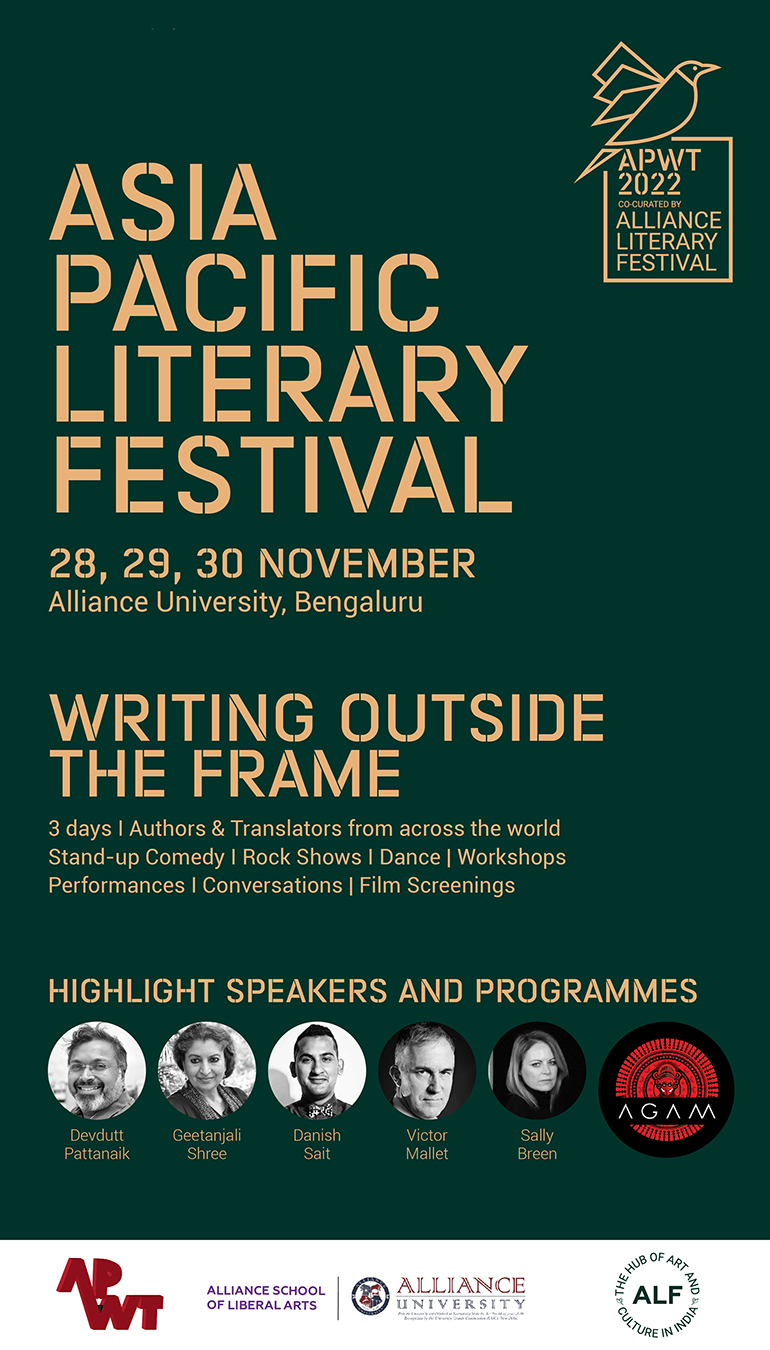 +75 SPEAKERS AND OTHER PERFORMERS

Alliance School of Liberal Arts reimagines the university as an essential driver of the creative economy by transforming Alliance into a hub of art and culture. 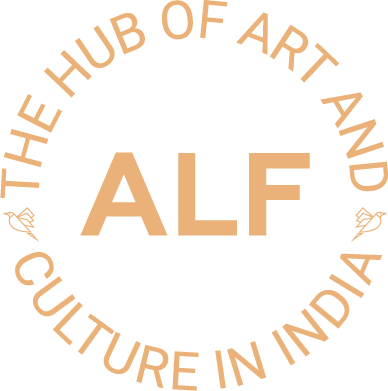 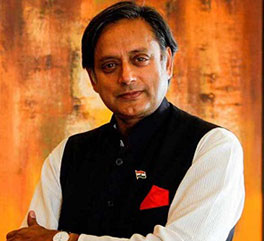 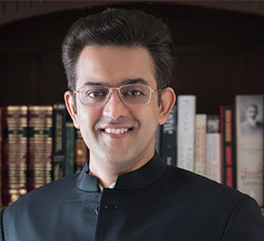 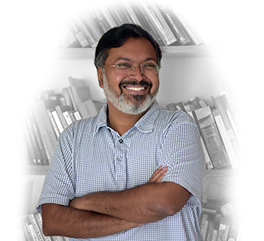 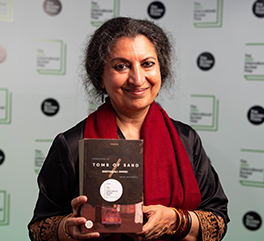 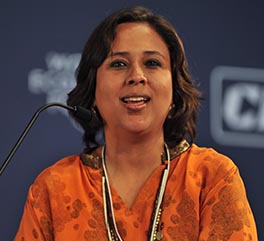 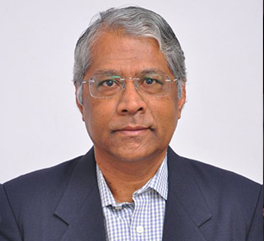 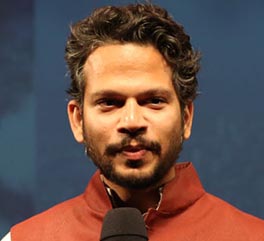 Agam is a Bangalore-based contemporary Carnatic progressive rock band formed in 2003. Their music is a blend of Carnatic music and rock and draws inspirations from traditional Carnatic music and progressive rock acts such as Dream Theatre. Their logo is inspired by the folk art Theyyam of North Kerala. Interestingly, the name ‘Agam’ is a Malayalam/ Tamil word which means the 'Heart, soul or the Inner soul'. The current lineup consists of Harish Sivaramakrishnan (vocals and violin), Ganesh Ram Nagarajan (drums and backing vocals), Swamy Seetharaman (keyboards and lyricist), T Praveen Kumar (lead guitar), Aditya Kasyap (bass guitar and backing vocals), Sivakumar Nagarajan (ethnic percussions), Jagadish Natarajan (rhythm guitar) and Yadhunandan (Drummer). Agam has also been featured in television channels and their well-known performances include the one for the entertainment channel Rosebowl, and it also performed in the second season of Coke Studio (India). They received recognition by winning the "Ooh la la la" – Music reality show hosted by Sun TV, and judged by A. R. Rahman, in 2007. They have also featured in Music of contemporary India commissioned by the Ministry of External Affairs, India.

Dr. Shashi Tharoor is a politician, author and former international civil servant who straddles several worlds of experience. Currently a third-term Lok Sabha MP representing the Thiruvananthapuram constituency and Chairman of the Parliamentary Standing Committee on Information Technology, he has previously served as Minister of State for Human Resource Development and Minister of State for External Affairs in the Government of India. During his nearly three-decade-long prior career at the United Nations, he served as a peacekeeper, refugee worker, and administrator at the highest levels, serving as Under-Secretary-General during Kofi Annan's leadership of the organisation.

Tharoor has authored three novels and 20 works of non-fiction since 1981, which are centered on India and its history, culture, film, politics, society, foreign policy, and related themes. In 2019, he received the Sahitya Academy Award for his book An Era of Darkness, about the British Raj, in a non-fiction category in the English language. He is also the author of hundreds of columns and articles in publications such as The New York Times, The Washington Post, TIME, Newsweek, and The Times of India.

Bangalore based historian, Dr. Vikram Sampath is the author of six acclaimed books: Splendours of Royal Mysore: the Untold Story of the Wodeyars; "My Name Is Gauhar Jaan: The Life and Times of a Musician", "Voice of the Veena: S Balachander -­‐ A Biography" and "Women of the Records." His latest books are the two-volume biography--- "Savarkar: Echoes from a Forgotten Past" and "Savarkar: A Contested Legacy" from Penguin Random House India---both of which have gone on to become National Best Sellers and acclaimed by Prime Minister Shri Narendra Modi. Dr. Sampath was recently conferred the honour of being elected as a Fellow of UK's prestigious Royal Historical Society. He was awarded the Sahitya Akademi's first Yuva Puraskar in English literature and the ARSC International Award for Excellence in Historical research in New York for his book on Gauhar Jaan. The book has also been adapted to theatre as a play "Gauhar" by Lillette Dubey and is being adapted to a Bollywood film by Ashutosh Gowariker. Dr. Sampath was among the 4 writers and artists to be selected as a Writer-in-Residence at the Rashtrapati Bhawan in 2015. He has a Doctorate in history & music from the University of Queensland, Australia and was a Senior Research Fellow at the Nehru Memorial Museum and Library, New Delhi. He is also an Aspen Global Leadership Fellow and an Eisenhower Global Fellow 2021. An Engineer/mathematician from BITS-­Pilani and an MBA in Finance from S. P. Jain, Mumbai, Dr. Sampath is also a trained Carnatic vocalist. He has established the Archive of Indian Music, India's first digital sound archive for vintage recordings, is the Founder-­Director of the Bangalore Literature Festival, Indic Thoughts Festival and ‘ARTH-­‐ A Culture Fest’.

Devdutt Pattanaik writes on the relevance of mythology in modern times, especially in areas of management, governance, and leadership. He defines mythology as cultural truths revealed through stories, symbols, and rituals.

He is the author of more than 50 books and over 1000 columns, with bestsellers such as My Gita, Jaya, Sita, Shyam, Business Sutra, and the 7 Secret Series. As a regular columnist, he writes for reputed newspapers like The Times of India and Dainik Bhaskar. Pattanaik is known for his TED talks and his shows on television. His TV shows include Business Sutra on CNBC-TV18, Devlok on Epic TV and Daan Sthapana on SonyLiv. He lectures on the relevance of both Indian and Western myths in modern life and has been part of several podcasts. He is a consultant for organisations, various television channels, film houses on culture, diversity, leadership and art of storytelling.

Geetanjali Shree is a renowned Hindi novelist and short-story writer based in New Delhi. She is the first South Asian to have received the prestigious International Booker Prize in 2022 for the English translation (Tomb of Sand) of her novel Ret Samadhi (pub. 2018). Described as ‘a triumph of literature’ Tomb of Sand is a family saga set in northern India that tells the story of an eighty-year-old woman who slips into a deep depression at the death of her husband, then resurfaces to gain a new lease on life.

Geetanjali completed her master's degree from Jawaharlal Nehru University and her PhD from Maharaja Sayajirao University of Baroda on the Hindi writer Munshi Premchand. She began her career as an academic but soon turned to her passion of writing stories. She is the author of five collections of short stories and five novels. Her novels have been translated into many European languages. Her first novel Mai was shortlisted for the Crossword Book Award in 2001 and its English translation by Nita Kumar, received the Sahitya Akademi Translation Prize. The novel was translated into several languages after the huge success of its English translation including Serbian and Korean. Her other novels are Khali Jagah, Hamara Shahar Us Baras, and Tirohit. Her Booker winning novel Ret Samadhi, has been translated into English by Daisy Rockwell as Tomb of Sand, and into French by Annie Montaut as Au-delà de la frontière. She has been the recipient of numerous awards including the Indu Sharma Katha Samman, the Hindi Akademy award for achievement in literature, and the prestigious Krishna Baldev Vaid award. She has also been associated with theatre, and written scripts for many plays over the years.

Irom Chanu Sharmila known as the 'Iron Lady of Manipur' is an Indian civil rights activist, and poet from the state of Manipur. On 5 November 2000, she began a hunger strike in favour of abolishing the dreaded Armed Forces (Special Powers) Act, 1958 that applied to seven states in India and granted the Indian armed forces the power to search properties without a warrant, and to arrest people, and to use deadly force if there is "reasonable suspicion" that a person is acting against the state. She ended the fast on 9 August 2016, after 16 long years of fasting. Having refused food and water for more than 500 weeks (she was nasally force fed in jail), she has been called "the world's longest hunger striker". In 2013, Amnesty International declared her a Prisoner of conscience, and said she "is being held solely for a peaceful expression of her beliefs". Recognised as a civil and human rights icon across the world, Sharmila has won numerous peace and human rights awards including the South Korean Gwangju prize for human rights, the first Mayillama Award, a lifetime achievement award from the Asian Human Rights Commission, the Rabindranath Tagore Peace Prize and the Sarva Gunah Sampannah Award for Peace and Harmony. Sharmila lives in Bangalore with her husband and two children.

Barkha Dutt is an award-winning broadcast journalist and anchor with more than two decades of reporting experience. She worked as a reporter, anchor, and Group Editor with NDTV, India's premier news and current affairs network for over a decade. Dutt emerged as a household name with her frontline war reporting on the Kargil conflict between India and Pakistan in 1999. In her long career, she has reported from several conflict zones across the world, including Kashmir, Afghanistan, Pakistan, Iraq, Egypt and Libya. She has won numerous national and international awards for journalism. She has been recognized twice as Global Leader for Tomorrow by the World Economic Forum, and has been honoured with the Padmashri, India's fourth-highest civilian honour. In 2011, she was nominated alongside Sir David Attenborough and Ross Kemp for “International TV Personality of the Year" at the Association for International Broadcasting (AIB) awards in London. She is the founder-editor of Mojo Story, a multi-media digital platform, and the author of “This Unquiet Land: Stories from India’s Fault Lines” and “To Hell and Back: Humans of COVID.”

Amit Shankar Saha is an award-winning short story writer and poet. He is the author of three collections of poems and has co-edited a collection of short stories. He has been a delegate writer at literary events of Sahitya Akademi, Unmesha: International Literature Festival, Apeejay Kolkata Literary Festival, Ethos Literary Festival, Valley of Words, Yercaud Poetry Festival and Anantha - A Festival of Poetry. His works have appeared in numerous internationally acclaimed magazines, journals and anthologies and been included in Best Indian Poetry 2018, the Yearbook of Indian Poetry in English 2020 and 2021 and Converse: Contemporary English Poetry by Indians. He works as an Assistant Professor in the Department of English at Seacom Skills University, Santiniketan, West Bengal.

Chandrahas Choudhury is a writer, teacher and journalist based in India. An avid reader he has authored three fictions: Arzee the Dwarf, Clouds, and Days of my China Dragon. His novel Arzee the Dwarf was shortlisted for the Commonwealth First Book Prize and chosen by World Literature Today as one of '60 Essential English-Language Works of Modern Indian Literature’ and Clouds: A Novel earned him a spot on the longlist of JCB Prize for Literature in 2018. Arzee the Dwarf, was also published in Odia as ‘Bamana Arzee’. His short stories are included in the anthologies India, First Proof 2, and India Shining. His latest book My Country Is Literature,  is a book of literary essays, published by Simon & Schuster, with over 60 essays on writers and books (including many Indian novelists.) He is also the editor of India: A Traveller’s Literary Companion.

Choudhury writes about literature, travel and politics for a number of periodicals, including the Wall Street Journal, Mint, Washington Post, Conde Nast Traveller, Foreign Policy, EnRoute and The National. He was a visiting fellow at the International Writing Programme at the University of Iowa in 2010, at Akademie Solitude in Stuttgart, Germany in 2016 and of the Instituto Sacatar in Brazil in 2017.